Archive for the tag “Being Poor In America”

But we can’t raise the minimum wage because that would raise the cost of EVERYTHING and cut jobs…….
‘According to the Economic Policy Institute, 39 percent of workers nearing retirement age (56 to 61 years old) have no retirement account savings whatsoever. That means they’re likely to be entirely dependent on Social Security, which currently pays an average benefit of just $1,239 per month’.

‘This grim picture will become even grimmer if Republicans manage to push through their new plan to overhaul Social Security. Introduced last week, the plan would cut benefits for all but the lowest earners by 17 percent to 43 percent by the year 2080, and hike the retirement age to 69 by 2030′.
‘As President Obama prepares to ride off into the sunset, among the perks he can look forward to is a presidential pension. Every month for the rest of his life, he’ll receive a retirement check for about $17,142 — not bad for a guy with at least a few black hairs remaining on his head’.

‘And yet this sum is paltry compared to the retirement assets enjoyed by most big company CEOs, including some whose nest eggs were feathered by taxpayer dollars’.

‘Take, for example, Michael Neidorff, the CEO of Centene, which manages health plans for Medicaid recipients and other poor Americans. Since Obamacare began expanding health coverage in 2010, Neidorff’s company retirement account has grown 658 percent, to nearly $140 million. That’s enough to generate a monthly check of $744,000—43 times as much as Obama’s’.

‘If you think that’s a big gap, consider the retirement divide between top business leaders and working families’.

‘A new report I co-authored for the Institute for Policy Studies finds that in 2015, the 100 CEOs with the largest nest eggs had $4.7 billion in their combined company accounts. That’s as much as the entire retirement savings of the 41 percent of American families with the smallest nest eggs’.

‘President-elect Donald Trump is set to nominate Rep. Mick Mulvaney (R-SC) as his budget director, “which would place a fiscal conservative who has warned against larger deficits in charge of the White House Office of Management and Budget,” the Wall Street Journal reports’. 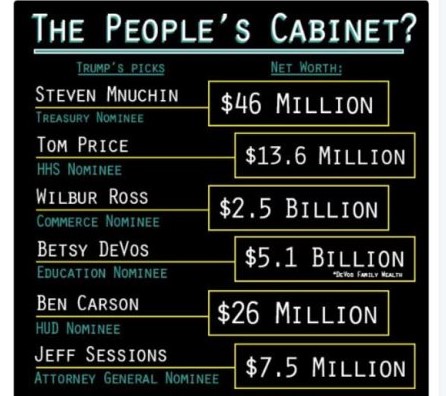 Donald Trump: Wages Are Too High

‘The 17 people who US president-elect Donald Trump has selected for his cabinet or for posts with cabinet rank have well over $9.5 billion in combined wealth, with several positions still unfilled’.

‘This collection of wealth is greater than that of the 43 million least wealthy American households combined—over one third of the 126 million households total in the US’.

‘Affluence of this magnitude in a US presidential cabinet is unprecedented’.

‘State lawmakers move to prevent municipalities from boosting pay for low-wage workers—a growing obstacle in the Fight for $15’.

……………………………………………
‘But there was another harsh measure in the mix that flew under the radar: a measure that would force Ohio localities to comply with state minimum-wage regulations that top out at $8.10 an hour’.

‘The legislation aims to block Cleveland, one of Ohio’s largest and poorest cities, from unilaterally boosting wages for its low-wage workers’.

‘According to U.S. census data, 35,000 Clevelanders work full-time for less than $15 an hour, and 50 percent of those workers are black’.

‘After the Cleveland City Council rejected a Fight for 15 campaign lobbying effort to pass a $15 minimum wage in August and an attempt to get the issue on the November ballot, labor advocates succeeded in securing a special election for May2017’.

‘Voters will decide whether to establish a $12 minimum wage beginning in 2018, with annual one-dollar increases up to $15 over three years and cost-of-living-indexed increases thereafter’.

‘The Cleveland ballot measure, and future attempts to raise minimum wages in Cincinnati, Columbus, or Dayton, would be stopped in their tracks if Kasich signs the legislation. Whether he will remains unclear, but a decision could come as early as Friday’. 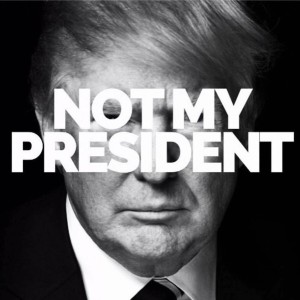 There are ways to save/extend social security beyond the 2030 deadline of the trust fund going broke – depending on who you trust/believe.
But for Republicans – the answer is not or when social security may or may not go broke – it’s just tell everyone to work longer.

“With government driving up the cost of labor, it’s driving down the number of jobs,” he says. “You’re going to see automation not just in airports and grocery stores, but in restaurants.”

This is the guy Trump wants to speak for Labor……..

‘The CEO of Carl’s Jr. and Hardee’s has visited the fully automated restaurant Eatsa — and it’s given him some ideas on how to deal with rising minimum wages’.

“I want to try it,” CEO Andy Puzder told Business Insider of his automated restaurant plans. “We could have a restaurant that’s focused on all-natural products and is much like an Eatsa, where you order on a kiosk, you pay with a credit or debit card, your order pops up, and you never see a person.”

“This is the problem with Bernie Sanders, and Hillary Clinton, and progressives who push very hard to raise the minimum wage,” says Puzder. “Does it really help if Sally makes $3 more an hour if Suzie has no job?”

‘As a result, he and others in the fast-food business are investing big in automation’.

“They’re always polite, they always upsell, they never take a vacation, they never show up late, there’s never a slip-and-fall, or an age, sex, or race discrimination case,” says Puzder of swapping employees for machines’.

“Millennials like not seeing people,” he says. “I’ve been inside restaurants where we’ve installed ordering kiosks … and I’ve actually seen young people waiting in line to use the kiosk where there’s a person standing behind the counter, waiting on nobody.”

Donald Trump’s ‘Deplorable’ – ‘Donald Trump: Eventually 50% Of Americans Are Not Going To Be Able to Carry The Other 50%’ 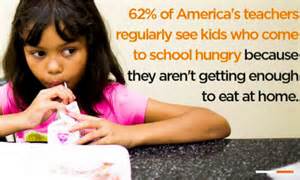 Yes…..poor people are the problem.

HANNITY: “You would insist for food stamps, welfare, any assistance, that you have to work for it”.

TRUMP: “Well, you could — you could start looking at things like that”. 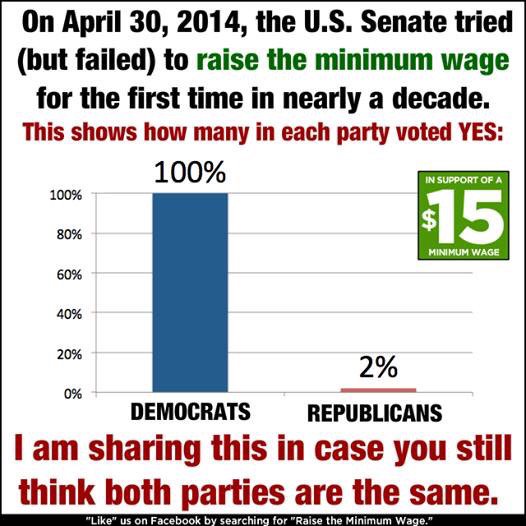