Archive for the category “Why Democrats Lose” 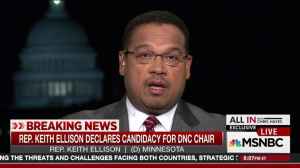 Hey Keith? Do you know how to impeach the President?

The House Judiciary Committee is chaired by Rep Bob Goodlatte (R-Va.) Ya starting to get a clue yet Keith?

Maybe this will help.

Well how aboiut this Keith…..

‘Chairman Goodlatte Introduces Balanced Budget Amendments to the Constitution of the United States’.

What possibly makes you think that an ultra conservative like Goodlatte would under ANY CIRCUMSTANCES – even think about impeaching a warm body that will sign everything the Republicans put in front of him?

This is why Democrats lose. Leaders exciting the base to chase windmills.

In the House of Representatives
**’The House Judiciary Committee decides whether or not to proceed with impeachment. If they do…’

‘The Full House (probably operating under special floor rules set by the House Rules Committee) will debate and vote on each Article of Impeachment’.

‘Should any one of the Articles of Impeachment be approved by a simple majority vote, the President will be “impeached.”

“I think that Donald Trump has already done a number of things that legitimately raise the question of impeachment. On day one he was in violation of the Emoluments Clause. This is a part of the Constitution that says a president can’t take payments from a foreign power. The day people checked into his hotel and started paying him, who were foreign dignitaries, he was in violation of that law’.

Keith, in politics – when you have to explain – you are losing.