Archive for the category “Day in Politics”

Without the AMT, Donald Trump’s 2005 Tax Rate Would Have Been Just 3 Percent* 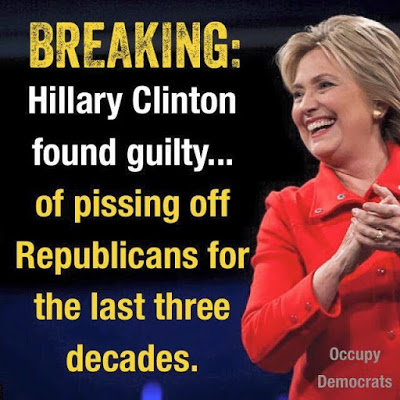 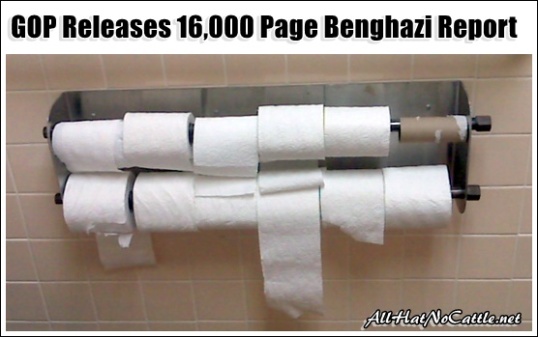 The Day in Politics – ‘How Donald Trump defeats Hillary Clinton’

“If he (Trump) were the Republican nominee he would
get the highest percentage of black votes since Ronald
Reagan in 1980,” said Republican messaging guru Frank
Luntz’.(2)

“Take, for example, this 2003 report from The
Foundation Center on the “unprecedented outpouring of
charitable support that followed the September 11,
2001, terrorist attacks.” On this list of
institutional donors you will see no listing for the
Donald J. Trump Charitable Foundation. That’s because
he made no donation to any of the listed charities set
up for victims and families of 9/11″.

“This donation dearth includes, and this will be
important later in the article, the American Red Cross
Liberty Disaster Relief Fund, specifically formed for
9/11, to which Trump’s charity also gave zero
dollars”.

Now trust me I WANT Donald Trump to be the
Republican nominee.
My biggest fear now is Sander’s eroding what could
have been a huge Democrat landslide into maybe
even becoming the Democratic nominee.

Trump with his outrageous hate filled sound bits –
which the media refuses to fact check or call him
out on – will C-R-U-S-H Bernie.

You will not be able to turn on a radio, a TV,
read a newspaper or troll the net without seeing
those two words.

The Democrats won’t take back the Senate because
instead of Republicans having to defend Trump’s
words – Democrats will have to defend Sander’s.

Donald Trump – “We have to stop with political
correctness.”

‘But the first GOP debate of 2016 revealed the
extent to which Trump has already won’.

‘The slow-starting evening focused, for a change,
on candidates not named Trump. It seemed to
involve fewer than even the smallest-of-the-cycle
debate field of seven’.

‘Yet when the candidates engaged with each other,
they did so on terms Trump set. His chief rival in
Iowa forced to respond to spurious doubts Trump
has raised about whether Ted Cruz is even eligible
to be president’.

‘But the fact that that Cruz answered those
questions at all was a testament to Trump’s
ability to dominate the conversation in the race,
as he’s done from virtually the moment he entered
the race. Talking about Cruz’s birth was Trump’s
idea’.

This is a stupid ‘duh’ question.
The recession didn’t start until the day Obama
took office – every Republican knows that.

‘Referencing a dip in the stock market to start
2015, Cavuto asked Ohio Gov. John Kaish about how
he would manage a financial crisis’.

“Investors have already lost $1.6 trillion in
market value. That makes it the worst start to a
new year ever. Many worry things will get even
worse, banks and financial stocks are particularly
vulnerable,” Cavuto said. “If this escalates like
it did back when Barack Obama first assumed the
presidency, what actions would you take, if the
same thing happens all over again just as in this
example you are taking over the presidency?”

The Day in Politics 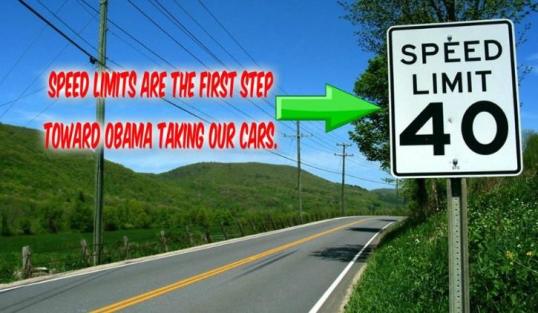 Ahhhhhh. Brings back memories of the bigots refusing to marry mixed races, let Blacks into white schools, allow voting without a poll tax.

‘Florists, bakers or any other private business owner could refuse service to gay couples getting married in Georgia, under legislation filed Wednesday’.
‘House Bill 756 would allow business owners to cite religious beliefs in refusing goods or services for a “matrimonial ceremony”

And my well reasoned response to this :

Give me a frickin break. This is just some hack journalists writing a story because his boss needs a story.
There is absolutely no credible third party candidate.
None.
Sanders would garner at best 20%.
What you say?
If he were to run as an independent or worse as the Democratic nominee, the Republican will hammer and I do mean H-A-M-M-E-R the air ways with ‘SOCIALIST democrat ALL SUMMER AND ALL FALL.
20% is being generous as an independent.
40% at best as a Democrat.

Trump? Third Party?
He would keep getting all the free press but when it comes to voting – maybe 15% as an independent.
35% as the Republican nominee.
Hate is not a policy and gets real thin real fast when looked at hard.

OK. This only matters to the FEC – if they even bother – and to Democrats.
There is not one single Republican who could care less.

‘Editorial: Repeal and replace … with what’?

Now THIS is an actual news story.
Show of hands as to who thinks even one so called news agency will pick it up?