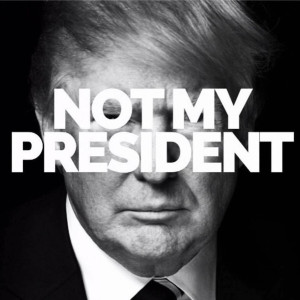 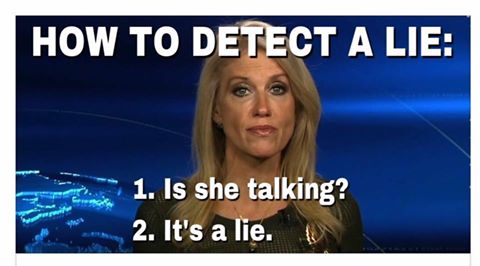 There is simply no way to begin posting the hundred of so overt lies that Trump and his staff spewed this last weekend and still have time to live a real life.

So a little pre-alternative facts from the Presidents Scum Bag or I mean Councilor – Kelly….anne CoOnway.

CHUCK TODD: “–answer the question of why the president asked the White House press secretary to come out in front of the podium for the first time and utter a falsehood? Why did he do that? It undermines the credibility of the entire White House press office–“

KELLYANNE CONWAY: “No it doesn’t”.

KELLYANNE CONWAY: “Don’t be so overly dramatic about it, Chuck. What– You’re saying it’s a falsehood. And they’re giving Sean Spicer, our press secretary, gave alternative facts to that. But the point remains–“

CHUCK TODD: “Alternative facts? Four of the five facts he uttered, the one thing he got right–”

CHUCK TODD: “–was Zeke Miller. Four of the five facts he uttered were just not true. Look, alternative facts are not facts. They’re falsehoods”.

From : http://digbysblog.blogspot.com/2017/01/pathological-conway.html
And now ‘alternative facts’