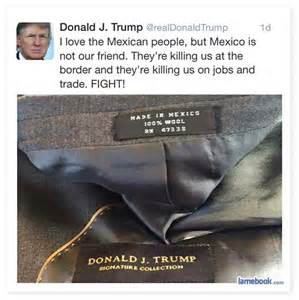 Only having his sons and daughter quit and putting the entire business into a real blind trust would come close to resolving some of the conflicts of interest.

But he would still know his contacts and they could keep him informed on the business.

This is a GREAT link to the details of Trump’s conflicts of interests :