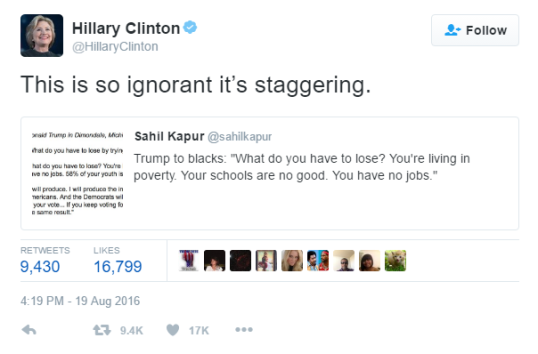 Let Trump Be Trump – ‘My Temperament’ 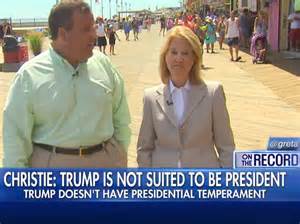 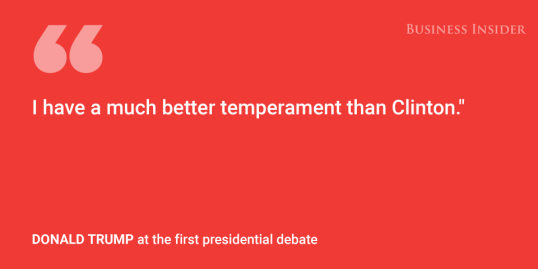 Let Trump Be Trump – “That Makes Me Smart”.

Kind of makes you feel like a chump when a man who wants to be President thinks it’s ‘smart’ not to pay taxes that support our troops, our Vets, our health care system, our education system, roads, bridges, well America and Americans…….and the rest of us do pay taxes…….

CLINTON: “Or maybe he doesn’t want the American people, all of you watching tonight, to know that he’s paid nothing in federal taxes, because the only years that anybody’s ever seen were a couple of years when he had to turn them over to state authorities when he was trying to get a casino license, and they showed he didn’t pay any federal income tax”.

TRUMP: “That makes me smart”.

CLINTON: “So if he’s paid zero, that means zero for troops, zero for vets, zero for schools or health”.

CLINTON: “And maybe because you haven’t paid any federal income tax for a lot of years”. (APPLAUSE)

TRUMP: “It would be squandered, too, believe me”.

Yes, paying taxes to suport our troops, our Vets, our schools, our health care system, hungry shildren, building roads, bridges, building America and supporting Americans would be “squandering” our taxes…… 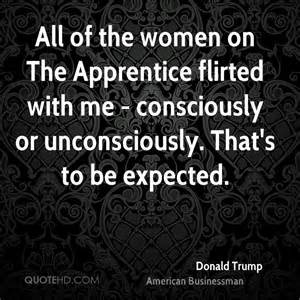 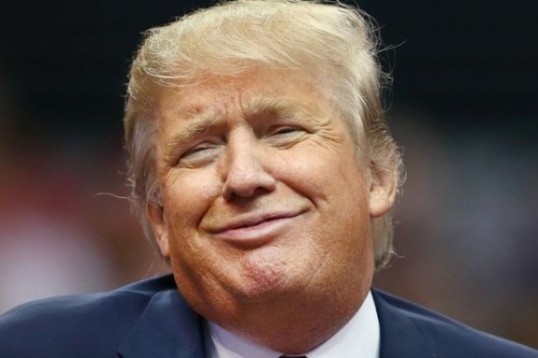 Julia Ioffe
‏@juliaioffe
“How many women watching now are remembering men in their lives who yelled at them wouldn’t let them talk”?
#Debates2016 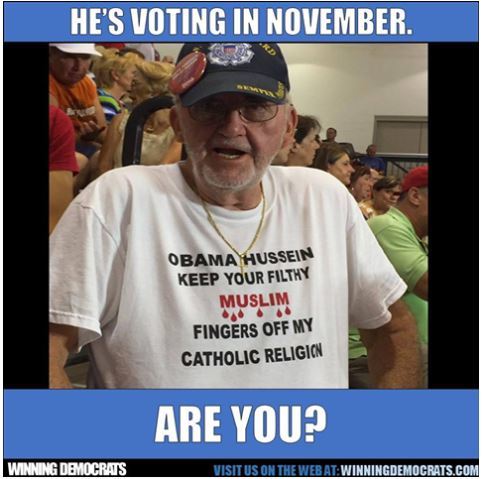 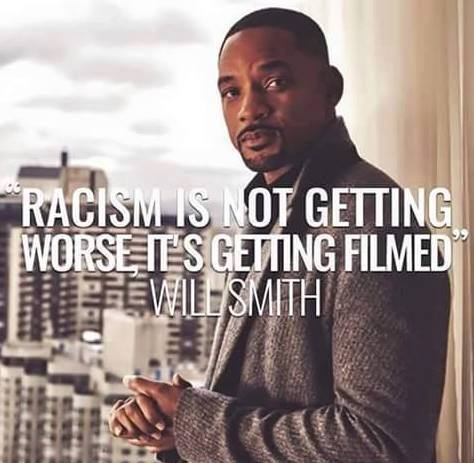 “What Do You Have To Lose?” – Declaration of DEPENDENCE? 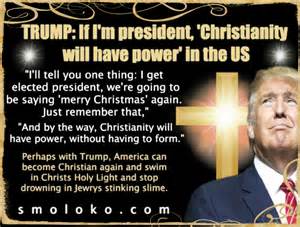 Get Off The Cross, Someone Else Needs The Wood So what has the Theocrats panties in a twist today? Could it be, oh, I dunno… FREEDOM? And for those of you who don’t want to click the li… 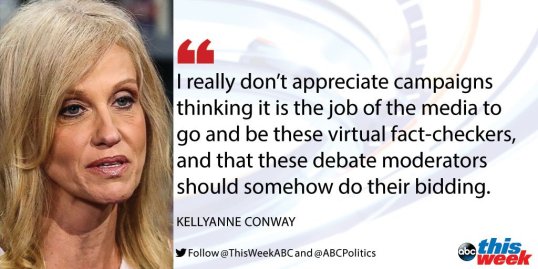 And what do all but 1 media outlet do?

Give Trump more and more credibility just as they have campaign long……..

‘The latest Monmouth University poll found most voters (60%) believe one of the duties of the moderators is to fact check candidates who state false information during the debates’.

‘Only 31% say the moderators should leave it to the candidates to point out any false statements by their opponent’. 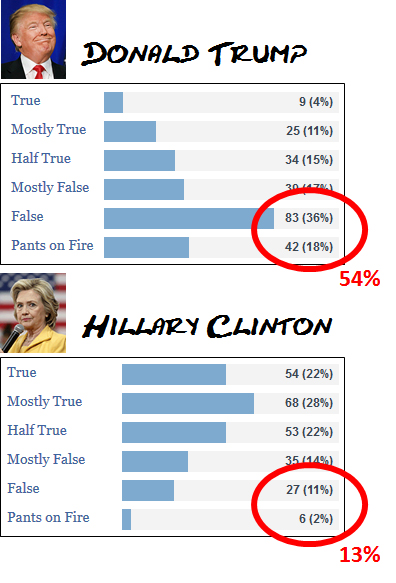 One of a dozen ‘this is what might happen’ articles……

September 26, 2016
‘Rick Klein: “What if he apologizes? What if he behaves himself? What if he drops “Crooked Hillary” for “Madam Secretary”? What if – stay with us here – he doesn’t stretch the truth’?

Well Rick, then Trump would lose his base.
He can’t apologize. Apologize for what?
Mexicans aren’t rapists, murders?
Muslims need to be stopped form coming to America – well except the rich ones?

Behaves himself?
A boring Trump?
The base loves him because is NOT boring.

He will drop the ‘crooked’ and just use Hillary.
While ‘crooked’ and ‘lying Hillary’ does excite his base, it cancels any attemp at getting back the college educated conservatives.

Doesn’t stretch the truth?
For 90 minutes?
Unless he is reading a scripted speech off of a teleprompter, he wil be Trump – 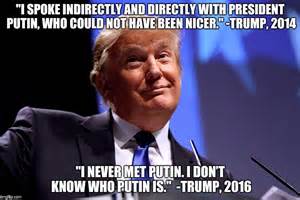