“All it takes is one good guy with a gun………” – ‘The Gun Shop Owner That Banned Muslims Is Now Selling Obama, Bernie And Hillary Targets’ 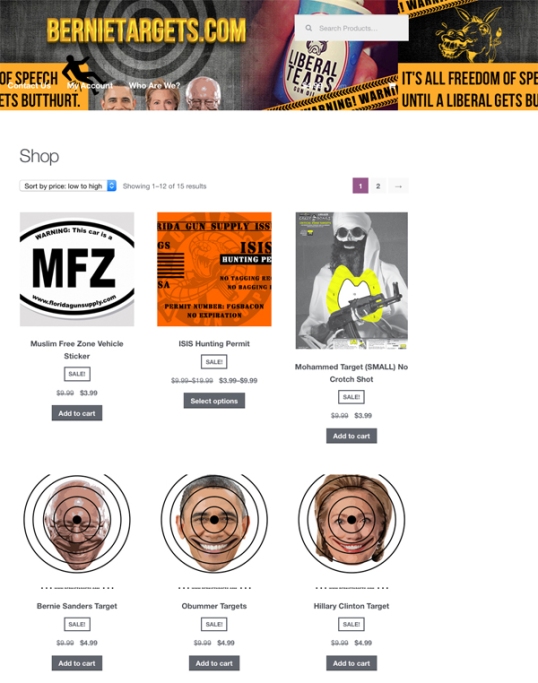 This is ‘normal’ only in America.

But we don’t have a gun problem because, you know, guns keep us safer……

‘This type of xenophobia, and blatant hate toward those with different religious (and political views) is so dangerous. Having targets with the faces of President Barack Obama (who Trump has repeatedly implied is Muslim) and this year’s Democratic candidates is truly blurring the line between parody and inciting violence’.

‘Last year, Florida Gun Supply owner Andy Hallinan raised eyebrows by banning Muslims from his store, when he made this announcement via a YouTube video’:

“I have a moral and legal responsibility to ensure the safety of all patriots in my community, and so effective immediately, I’m declaring Florida Gun Supply as a Muslim-free zone. I will not arm and train those who wish to do harm to my fellow patriots.”

‘Now, Hallinan’s latest stunt is an idea all of his own. On his website, “BernieTargets.com,” he is selling the targets with the three Democrats’ faces on them for $4.99, marked down from $9.99’.

One thought on ““All it takes is one good guy with a gun………” – ‘The Gun Shop Owner That Banned Muslims Is Now Selling Obama, Bernie And Hillary Targets’”