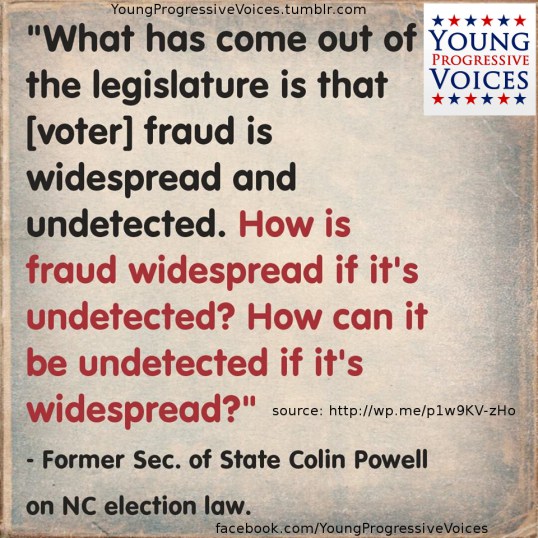 ‘The state of Alabama announced that it will stop issuing driver’s licenses in every single county in which blacks make up more than 75 percent of registered voters’.

‘In a state which requires photo ID to vote’.

‘Because of budget cuts, driver license examiners will no longer work at 31 part-time satellite offices in those areas’.

‘As Raw Story notes, this would mean that residents will need to travel to other counties to apply for licenses’.

‘This move comes just one year after the state’s voter photo ID law went into effect’.